You Can't Touch This: Stainless Lobster

As with every year, the weeks before the cruise are filled with boat projects that really should have been done in February.  Some day that will happen.

Last year, one of the 11th hour projects was to replace the fridge compressor and evaporator and install a cool little gizmo that goes by the name Stainless Lobster.  Don't ask me about the name...the only thing I can figure is that it is meant to stick in your head like an earworm when someone mentions it to you.  It is a microcontroller that takes over the fridge's thermostat and compressor duty cycle.  One of my favorite features is the fine control it gives you over boosting the compressor, both in terms of how hard it is worked and how long, to put some cold in the bank when the alternator or battery charger are engaged and you have amps to burn.  It also lets you program a recurring defrost cycle where it shuts the compressor off and runs a fan over the evaporator.  Less frost means higher efficiency. 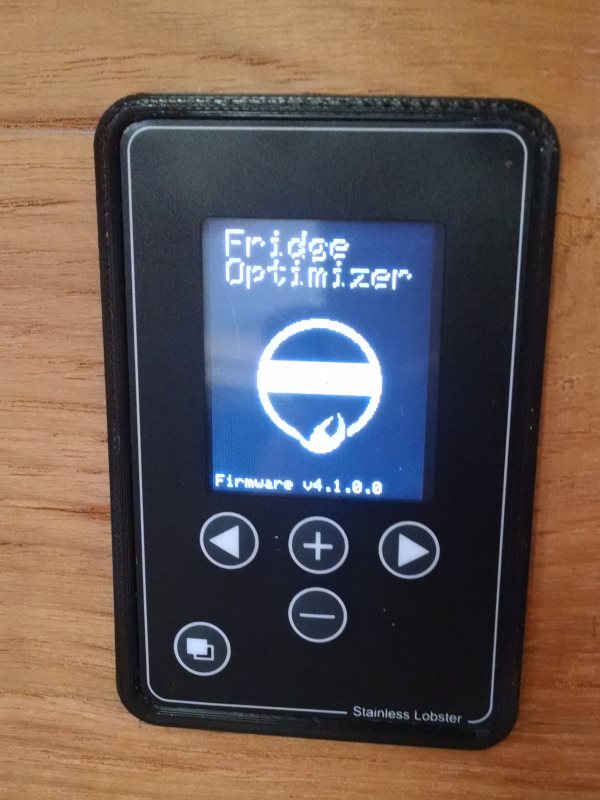 The Stainless Lobster is pretty cool and I am definitely a fan.  But given that I slapped it into the boat the week before we left on the cruise last year, the installation was a little half-assed in some respects.  Most notably the mounting of the fan and temperature/humidty sensor inside the fridge.  It needs to blow onto the evaporator, but it should not be inside the evaporator.  You want it where it will sense the temperature for the fridge portion of the fridge, not the frozen section inside the evaporator.  My half-assed solution was to toss some zip-ties around it and screw it to the wall.  It worked, kind of, but it definitely left this not-terribly-skookum whirring fan assembly swinging in the wind right where fridge contents tend to whack it.  It seemed like a recipe for disaster to leave it like that, and resulted in recurring admonitions to all crew to "DON'T TOUCH THE FAN" when managing fridge contents (hence the title of this post, with apologies to MC Hammer).

I puzzled over a couple of ideas.  I got about 60% of the way through an over-engineered bracket made of about 4 pieces of aluminimum stock, requiring tapping holes for screws to hold it together.  I think I was a little too enamored of my recently acquired skill of drilling and tapping.  Ultimately I rejected it as I worried about the aluminum acting as a heat (cold) sink and throwing the temperature sensor off.  And then I had a better idea.

Rather than screwing things to the inner wall of the fridge, which is never a great idea really as it compromises the insulation even more than it already is, I could make some brackets to hang on the lip of the evaporator and use threaded rod and nuts to make a tight friction fit to hold the fan assembly in place.  Fortunately I have a large stock of random plastic sheet goods scraps from Boeing Surplus, inherited from retired Boeing engineer George Trusk.  I sandwiched the fan assembly between two pieces of plastic using stainless threaded rod and nuts to hold it together.  I added two threaded rods just to act as guards against mayhem on the outer exposed face of the fan.

An advantage of this design is that it can be moved when it is in the way, and it can be placed on either of two sides of the evaporator. 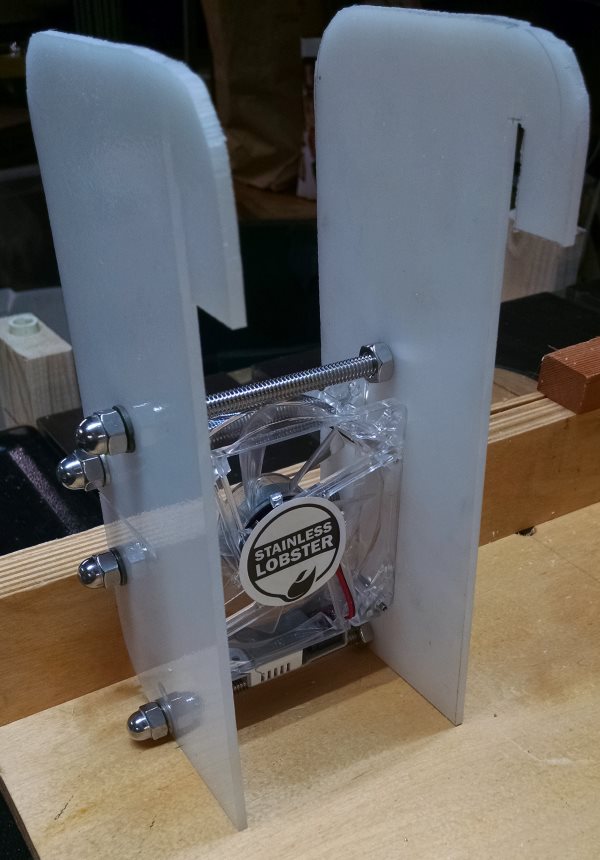 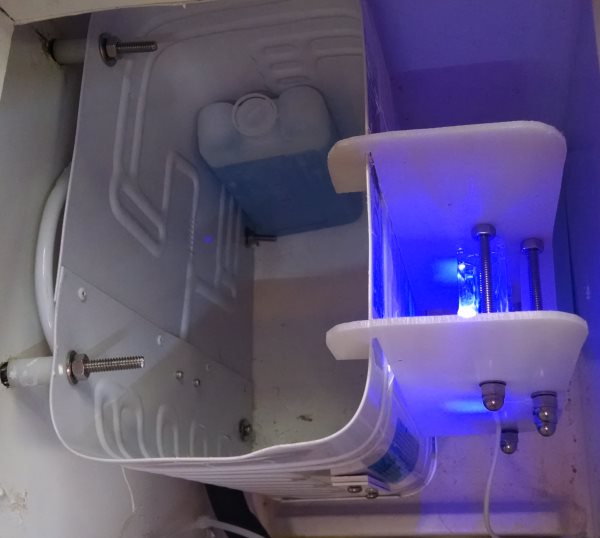