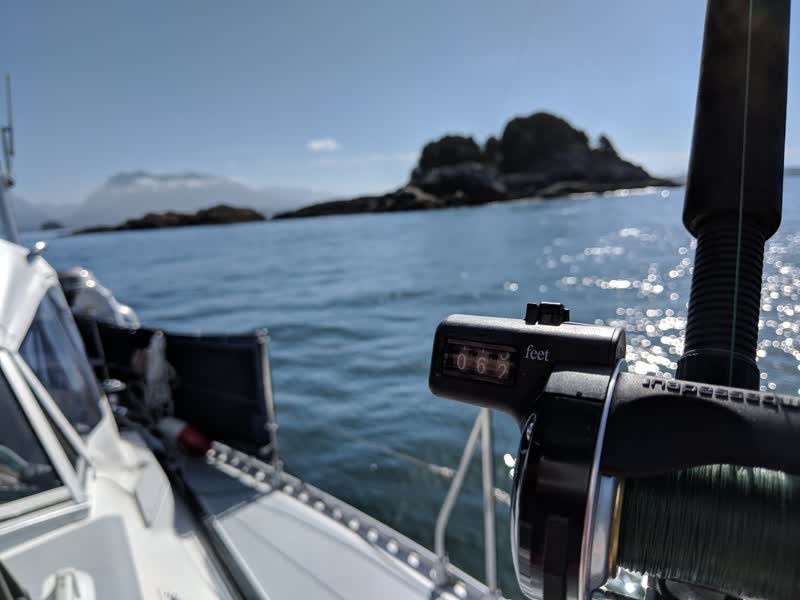 We did some more fishing before making the very short hop into the Pinkerton Islands, described in the Douglas guidebook as “virtually bombproof.”  The Pinekrtons are just north of the Broken Group and are not part of the protected marine sanctuary and park.  I eschewed the small gunkhole described in the Dreamspeaker guidebook, preferring the larger basin Douglas recommends.  Again, it was uncrowded with only one other boat there ahead of us.  Later we were joined by a third boat.  I don’t know if we were just early in the summer cruising season, but it felt like there was nobody cruising Barkley Sound other than us and maybe 10 other boats.  Dozens and dozens of little sport fishing boats, but almost nobody anchoring out.  All our anchorages were very calm and well-protected, making for blissful boat sleep appreciated by all. 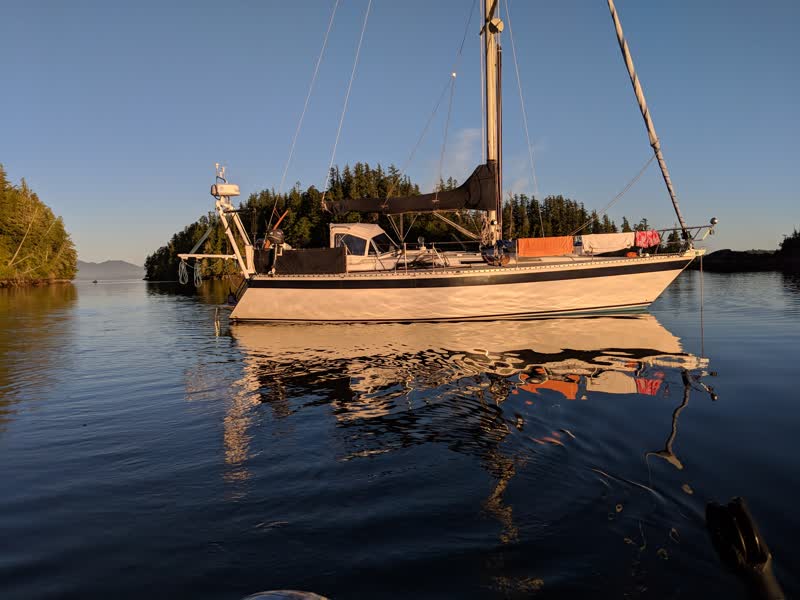 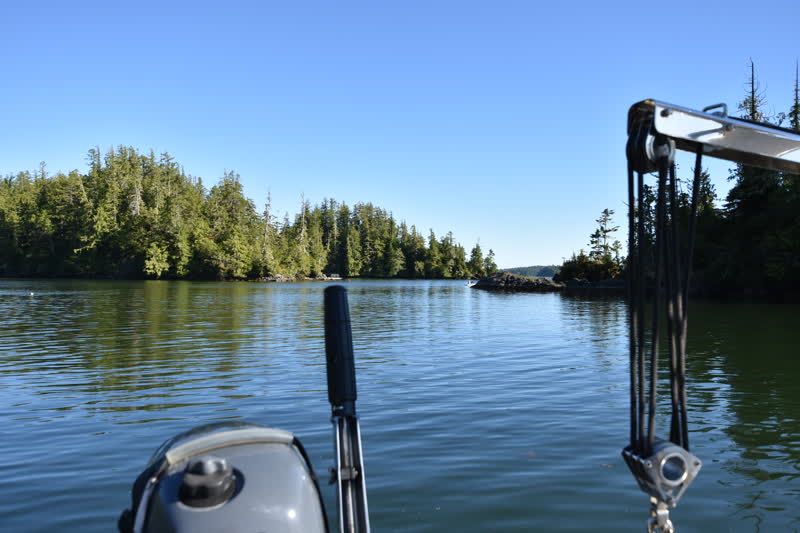 One reason I selected the Pinkerton Islands is its reputation for warmer water.  I love a good solar shower from the swim step while at anchor.  At 63 degrees, it was warmer than the ocean’s 54-ish degrees.  Only one person abstained from the delights of a swim step scrub down with a bracing saltwater plunge followed by the warm sun shower rinse.