As we set out at a decent hour (“no more of these bullshit 4 AM departures” declared one member of the crew) with full tanks to explore the islands, there was a great breeze blowing just outside the protection of Bamfield Inlet.  We tacked back and forth to clear the tiny Wizard Islet and get into Imperial Eagle Channel.  Then we set a course for the northeast corner of the Broken Group around Swale Rock and Nettle Island, hoping to get into some protection from the wind and get some fishing in along the border of the islands.  All fishing within the Broken Group islands is strictly verboten as it is a rockfish conservation area. 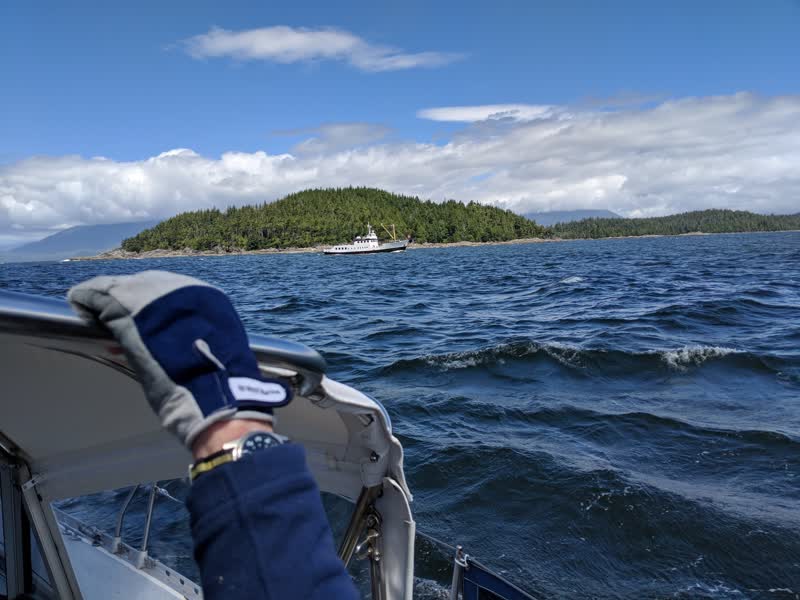 I think this is the passenger ferry that serves the area 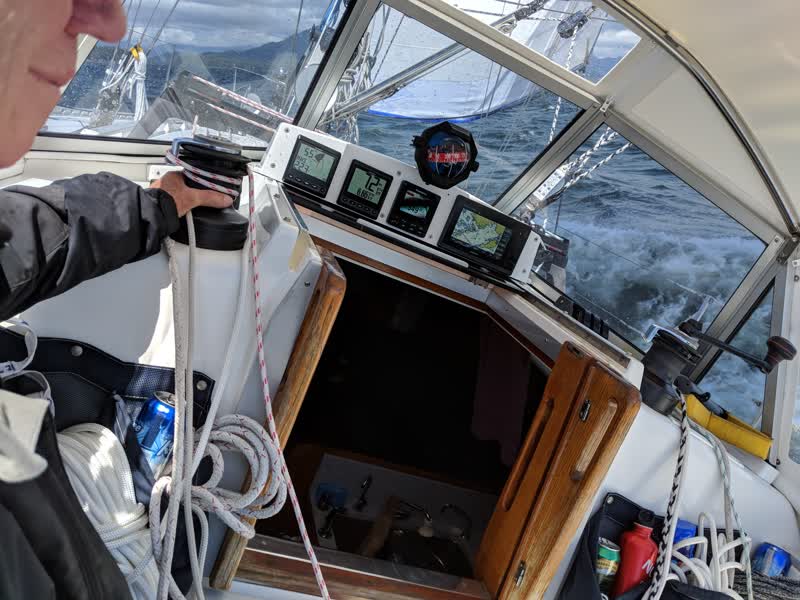 7.2 knots of boat speed in Imperial Eagle Channel.  Not too shabby!

Originally, I wanted to spend the night in Effingham Bay, which is pretty much “the classic” Broken Group anchorage.  Kind of like the Echo Bay (Sucia) of the Broken Group.  But it isn’t totally protected from the westerly that was still blowing, so we kicked this destination down the itinerary and went to Joe’s Bay.  Joe’s Bay is named for local resident Salal Joe who continued to live in his home in the Broken Group after it was made a park.

Hummingbirds visited us here as they did at every anchorage we visited.  One even came into the boat and woke up one of the crew with its humming and buzzing next to his head. 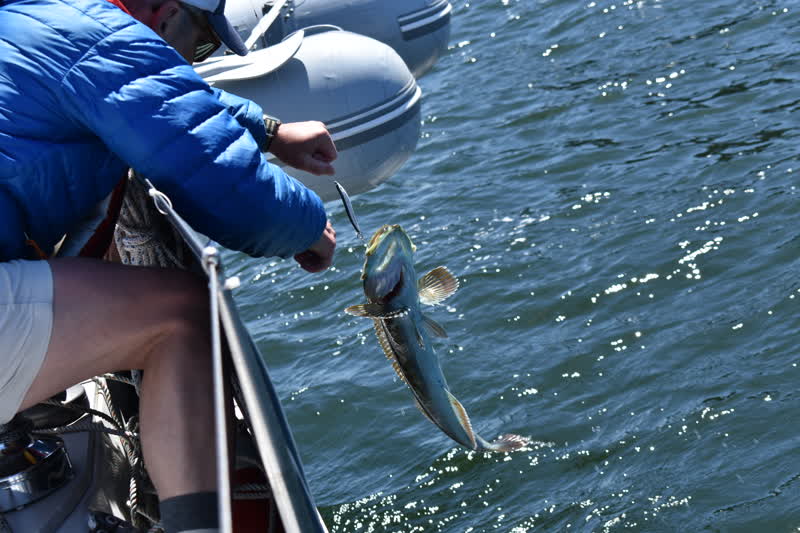 We caught some nice rockfish but no salmon and turned left to enter the Broken Group.  I caught and released an undersized lingcod that was still pretty big at about 20 inches.  The wind was still up as was the chop.  We were a little worried about some of the kayakers who seemed to be struggling through it, but they never signaled any distress so we passed them by.  Made the tricky northern entrance to Joe’s Bay which was occupied by all of two other cruising boats, and set the hook for the night.  One other boat came in later, which made for a very nice and uncrowded anchorage.  It was still a bit windy, but the water was dead flat due to the protection of the surrounding islands.  We all slept very well and agreed this was a great intro to the Broken Group. 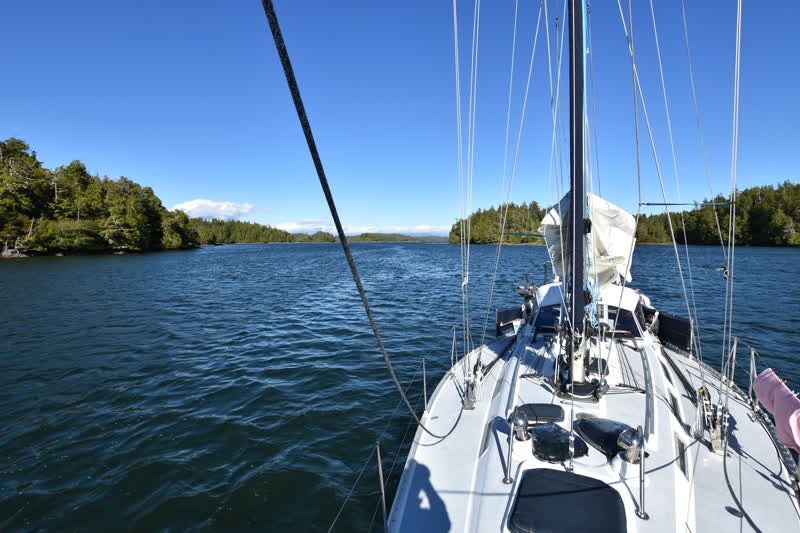 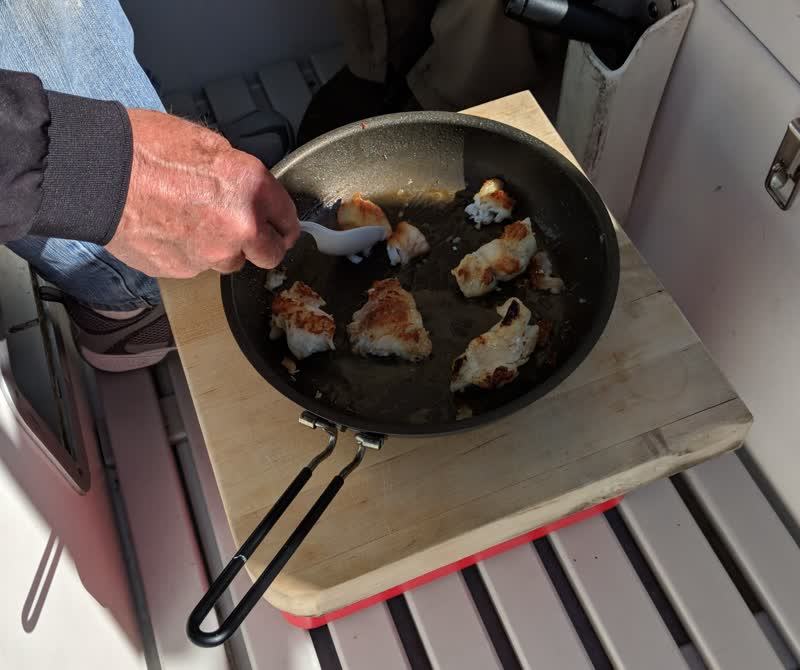 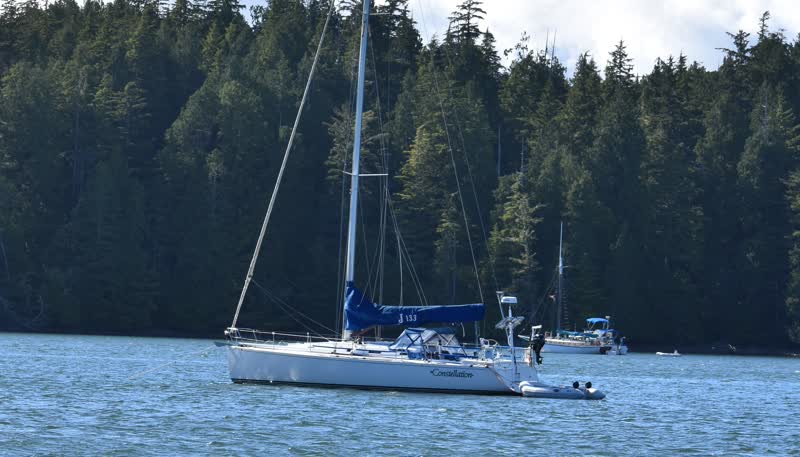 J boat Constellation, known to my Dad, sharing Joe's Bay with us