Day 7 of the Barkley Sound trip took us from Ucluelet to Effingham Bay.

On our way out of Ucluelet we saw a tree that had at least eight eagles whirling around it.  Did some more fishing on our way back to the Broken Group to hit Effingham Bay with a bucket full of rockfish ready to be filleted and pan fried for cocktail hour.

Effingham Bay was our only shore excursion by dinghy.  And with the fishing-forward agenda driven by the septuagenarians, we never even got the kayaks out of their storage locker on the whole trip.  We hiked the very primitive but well-marked trail to the other side of the island.  We must have missed a turn or something, because we never saw the promised ruins of a First Nations longhouse or midden.  There was a nice beach at the end with granite rocks that had been worn down to near-spherical smooth shapes, but no ruins that we could discern.  Yes I know a midden is just a pile of shells, but we didn’t see it.  The trail is marked by bits of fishing net, floats, and other debris, and the guidebook warns of bears and wolves which we did not encounter.  We did manage to work up enough of a sweat that a sun shower seemed like a good idea even though the water was a bit chillier than the Pinkertons.  Again we had a blissful calm night with only three other boats in this popular anchorage.  The ranger said he has seen up to 20 boats anchored in Effingham which is hard to imagine.  For us it was just about perfect. 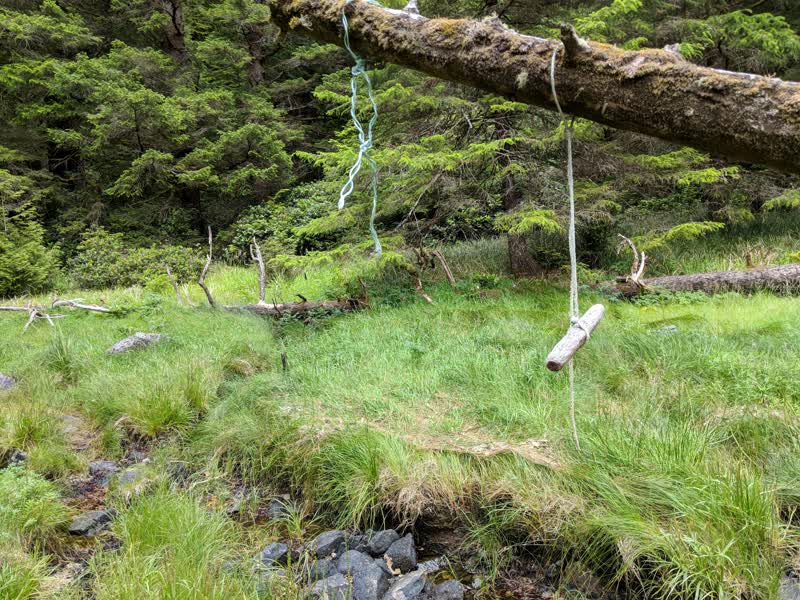 This is how you know you are at the trailhead 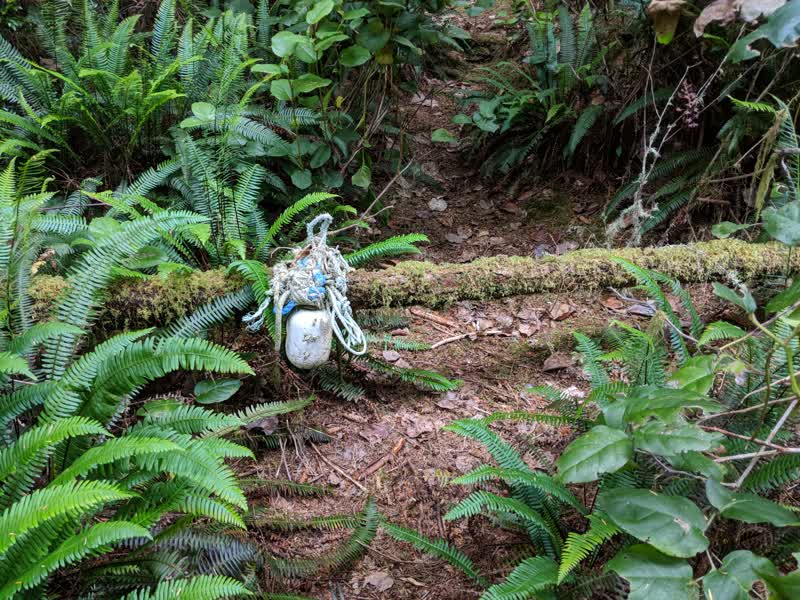 Typical trail marker along the way 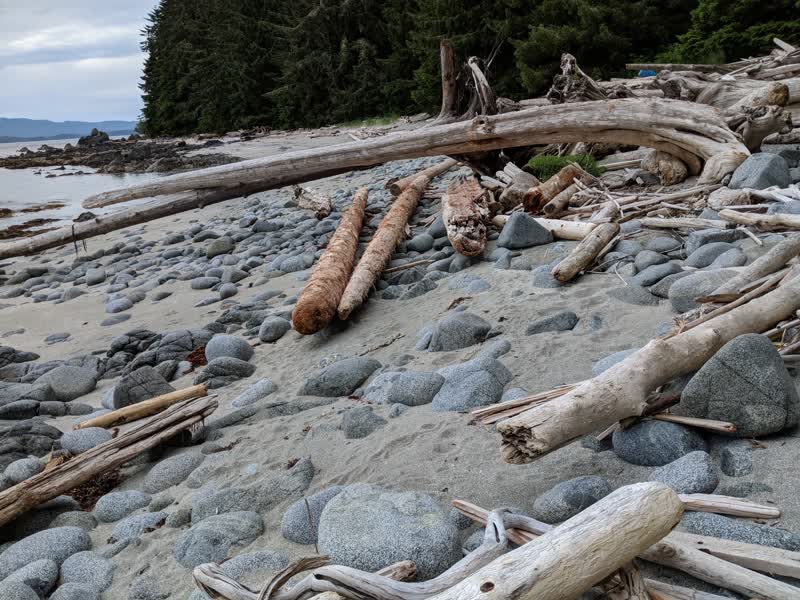 Beach at the end of the trail 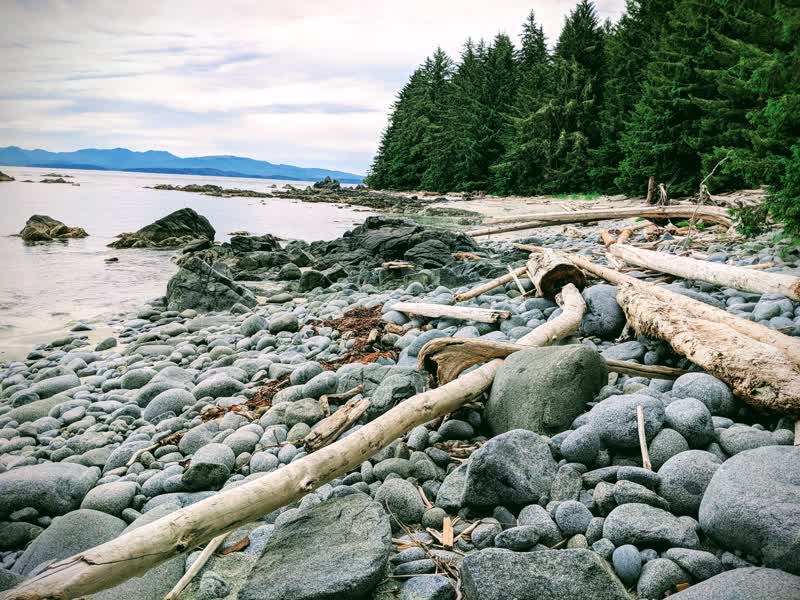 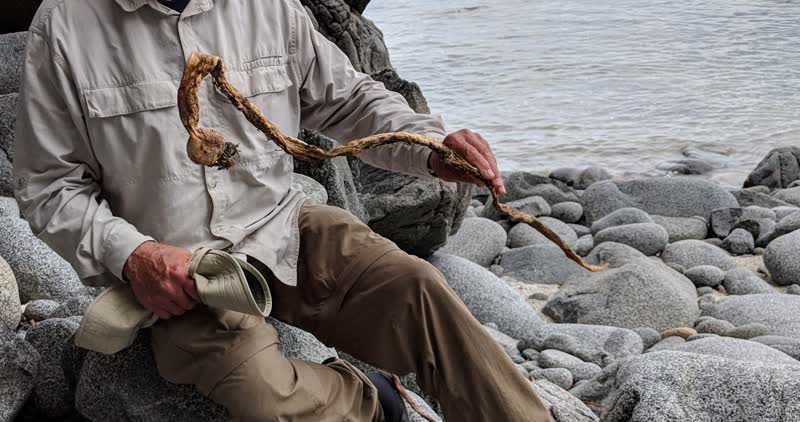 In the morning, I was disturbed to see that despite its holding us well through the night, the anchor was fouled on its chain when I pulled it up.  We discussed whether this would happen as the boat swung in circles around it, or whether it was due to too much chain being dropped initially before we started to back up and pay out the scope.  I try to be conscious of the depth and only drop enough to touch down before directing the helmsman to back down as I pay out, but I could see as little as six feet or so of excess chain being needed to cause the snarl we experienced.  The way it was wrapped, the chain ended up being pretty much aligned with the end of the shank like it should be, so I think it set just fine despite the snarl.  Assuming it was a problem on being set vs. snarling on swinging.  Something to heed and always remember to check your set, and pull it up to check and re-set if anything seems fishy.