On route to Ucluelet, what did we do?  You got it, MORE FISHING.  The chartplotter’s fishing charts revealed a few promising rock piles where sure enough, many rockfish were lurking waiting to strike on our MacDeep jigging lures purchased in Bamfield.  We fished off one island featuring a resident eagle who closely monitored our catch.  We got the clue and gave up a smaller rockfish to him, which he snagged for an early dinner. 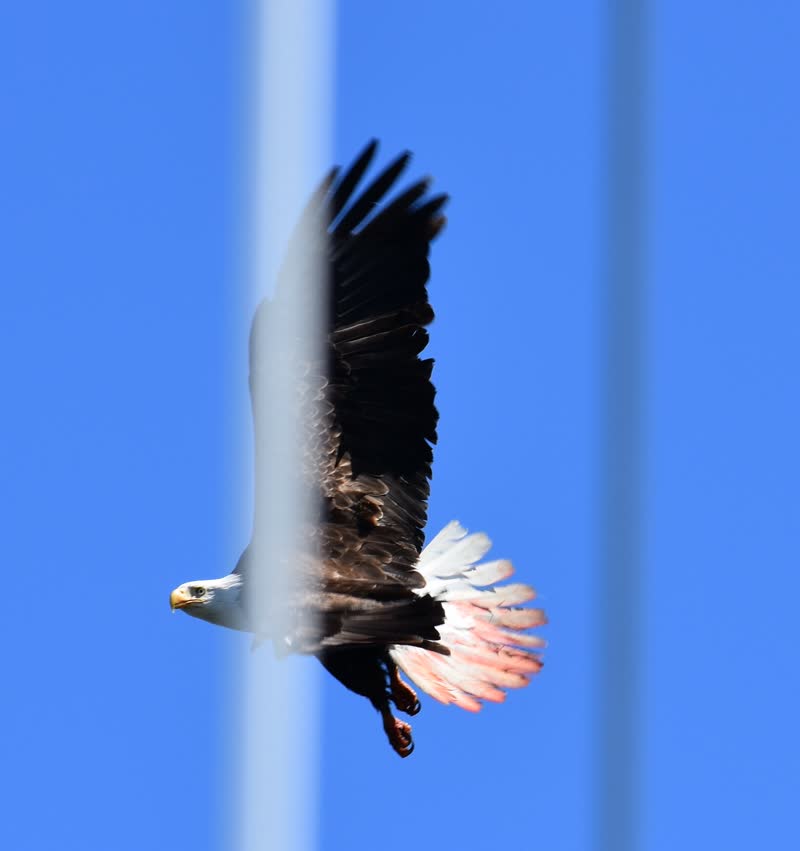 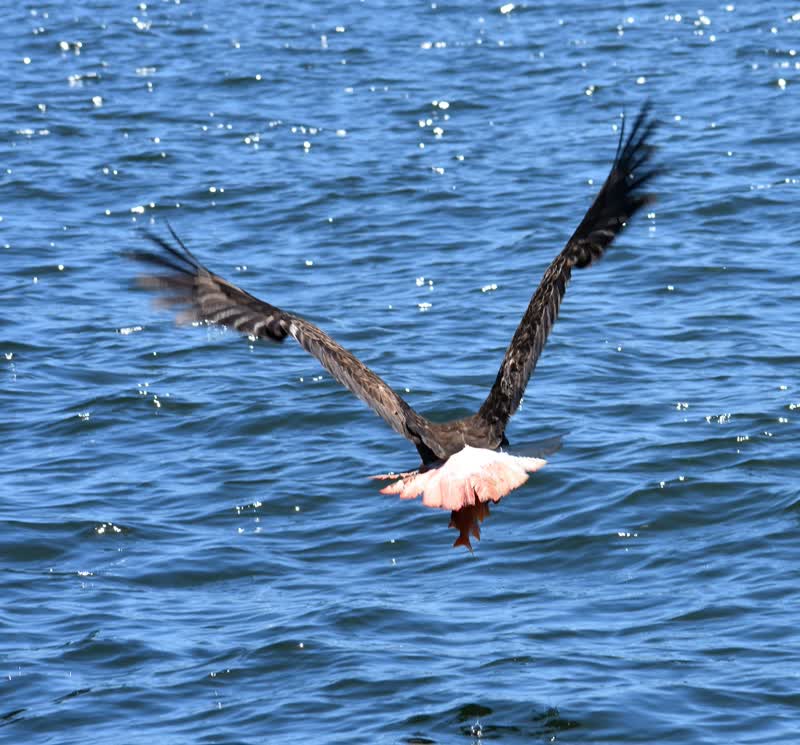 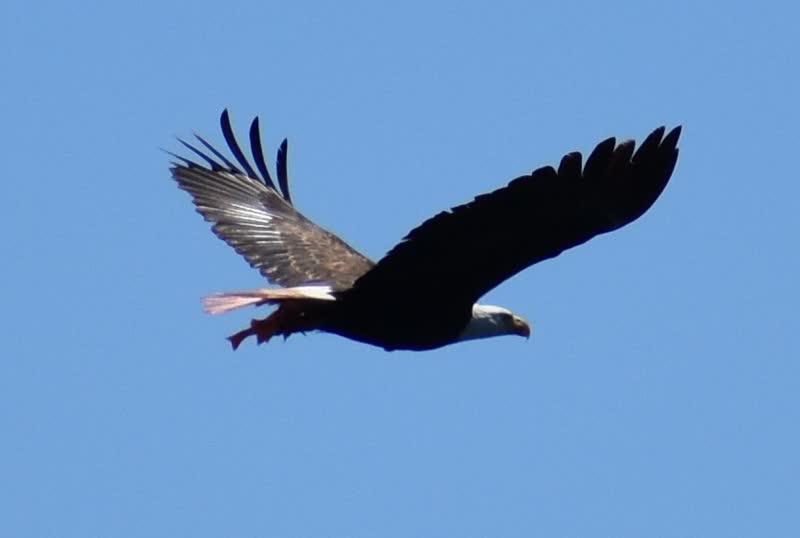 Eagle with a fish tail

Ucluelet is the big city when it comes to Barkley Sound.  With a population of about 1,600 it has 10 times the number of residents as compared to Bamfield.  Harbourmaster Kevin was there to meet us and lend a hand tying up to the open spot we found on the linear docks.  The septuagenarians had both been there before, one on the Van Isle 360 race and one for a fishing trip by car.  The docks were chock full of charter fishing boats and we marveled at the dual-250 horsepower outboards many of them sport.  Then we saw the aptly-named charter boat “Overkill” with its triple 300HP outboards. 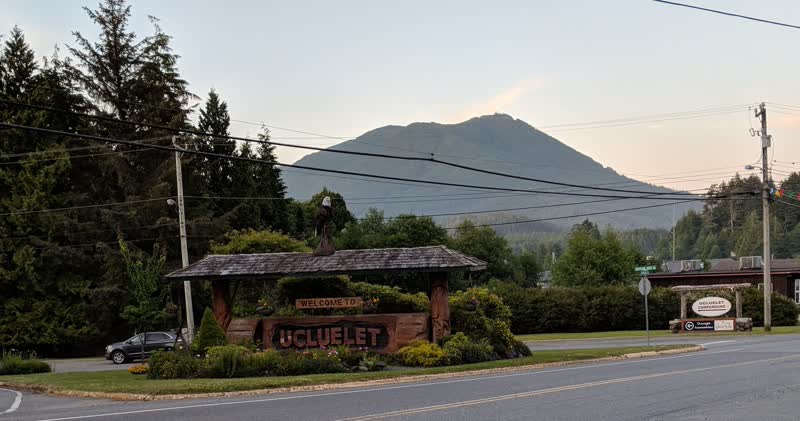 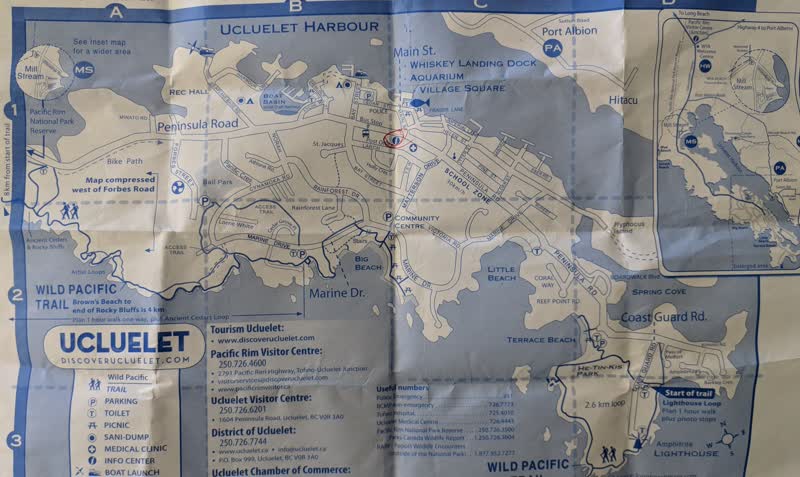 We snacked our way through the afternoon, starting with prawns at the dockside Floathouse Patio and Grill, then walking up the road to the grocery store, stopping at the oyster food truck for some oysters on the half shell.  One crew member abstained as “you don’t eat oysters in months without an R.”  They were good!  He made up for his loss by detouring to the Marina Pub where he spent the afternoon buying rounds for the locals in exchange for their tales of local criminal endeavors.  This included having their construction company completely cleaned out of all tools and equipment by thieves, as well as the murder victims recently found by a local woman while walking her dog.  Bound to a very visible tree and shot execution style in the head, all were convinced it was a drug enterprise gone foul with a clear message being sent to anyone else who was thinking of pulling a fast one on the syndicate.  On the other hand, these grisly details are found nowhere in the press or police reports which caution locals not to believe the wild rumors circulating. 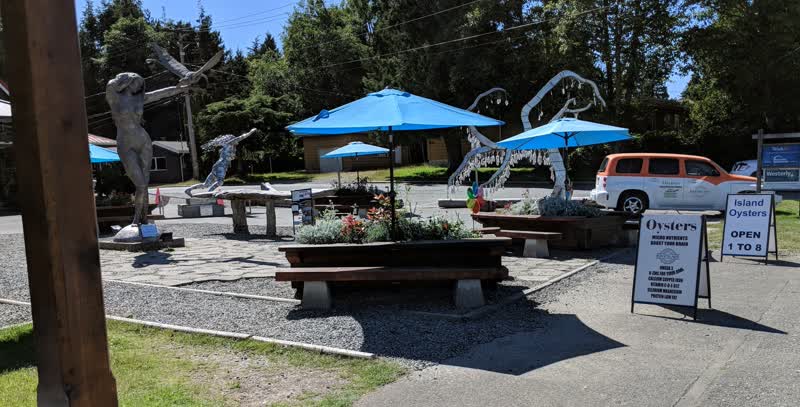 We looked in on a small restaurant, the Heartwood Kitchen, touting tonight as “crab shack night”, which it turns out is a small communal-table dinner they planned for that evening and yes, they had four seats available for us.  Our fellow diners were all locals, including the young Parks Canada ranger and his wife who sat to my left.  I told him we planned to go to Effingham Bay next.  He was full of local lore and advice as he runs throughout the Broken Group checking on and occasionally rescuing kayakers, and even goes down to Port Renfrew occasionally with his fast park RIB.  I asked about the new marina at Port Renfrew and he recommended it without reservation.  The table talk turned to “how is Port Renfrew doing?” and everyone declaring it is the new hotness on the island, referring to it as “like Tofino of 20 years ago.”  Which meant absolutely nothing to most of us Yankees, having little context for what Tofino is like today let alone 20 years ago.  I later gathered it means disconnected (no cell service) and artsy/counterculture.  We talked about our fishing experience, but the ranger did warn us with a joshing “you know, I am also a fisheries officer and I’m going to check on you guys in Effingham Bay, so don’t be fishing where you shouldn’t be!”  The meal was well prepared simple seafood: half a Dungeness crab each, roasted veg, a platter of mussels and clams, and a fancy campfire s’more dessert.  I’ve certainly had better crab, but it was all good stuff relished by all.  It also had some largish baked oysters with a slice of ham and cheese, which I kind of enjoyed despite one member of the crew disparaging them as “this is what restaurants resort to when they want to serve oysters out of season. It’s a Ham Oyster for God’s sake!”  It was a very pleasant evening with the unexpected pleasure of conversation and learning from the locals.  We enjoyed chatting with the chef about his mushroom foraging and ideas for off-season mushroom-oriented events and fishing for salmon and ling cod from his stand-up paddleboard. 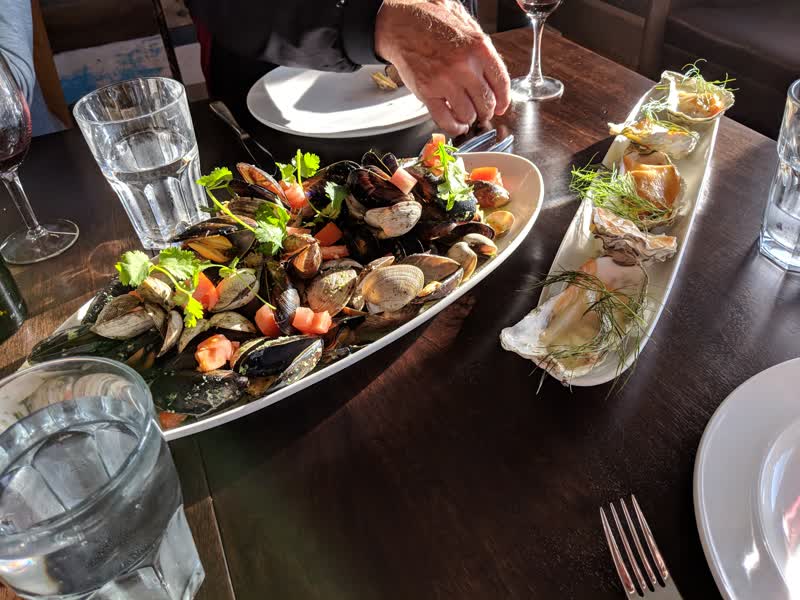 I could tell there is much more to Ucluelet than what we saw on our short stay.  It would be nice to try some of the trails and see the town square.  Next time!