Bamfield and Sooke, Round Two

The return journey is on as we return to Bamfield and our same old spot at the end of John’s barge at the Harbourside Lodge.  John’s docks were chock full (that being a total of about 6 boats) with fishermen cleaning, vacuum sealing, and cooking their catches.  We saw several halibut, a nice big ling cod, and dozens of chinook salmon being rendered down to meal-sized fillets.

As we enjoyed the evening a 33 foot Ocean Sport from Gig Harbor tied up near us.  As it came in to the dock, the septuagenarians looked on it with awe, one of them simply declaring “that boat is a fishing machine”.  It had two or three adult men and a couple teenage boys.  As soon as they tied up, they got out a commercial grade vacuum sealer and started processing their catch.  We talked to the owner and the conversation took an unexpected turn as he declared “it’s a great boat…I liked it so much that I bought the company!”  They make a dozen or so boats a year and have a new model coming out, pre-sold for three boats already before the mold is even done. 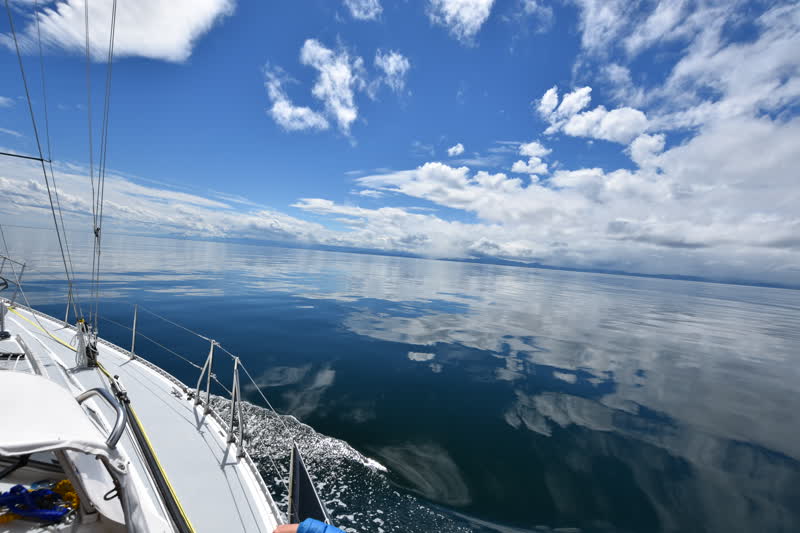 This is the open ocean they warned us about

Up before the break of dawn, we set out for Sooke once again, with Port San Juan as our bailout destination should things turn ugly, which they did not.  The ocean was like glass and a very smooth ride.  Later we saw a humpback whale.  We killed the motor and just drifted as we heard it surface and breathe.  Pretty magical.  For me, this was the highlight of the trip. 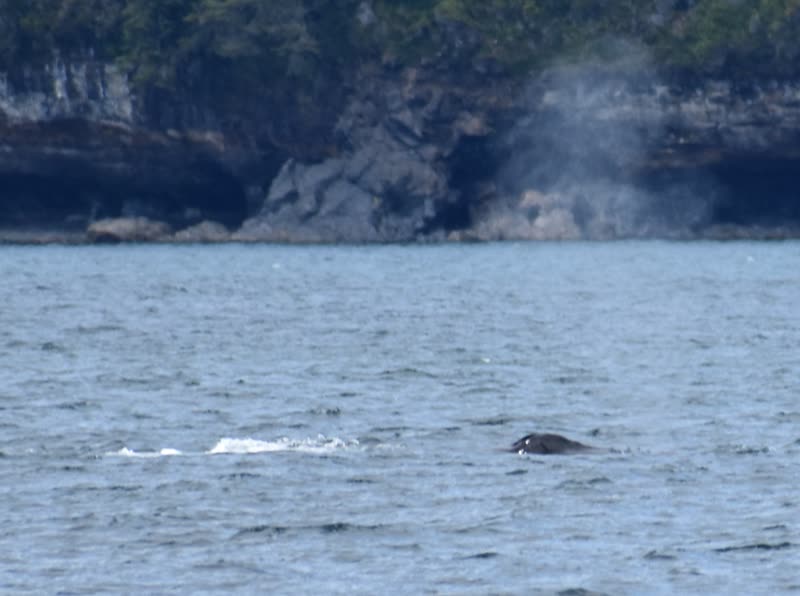 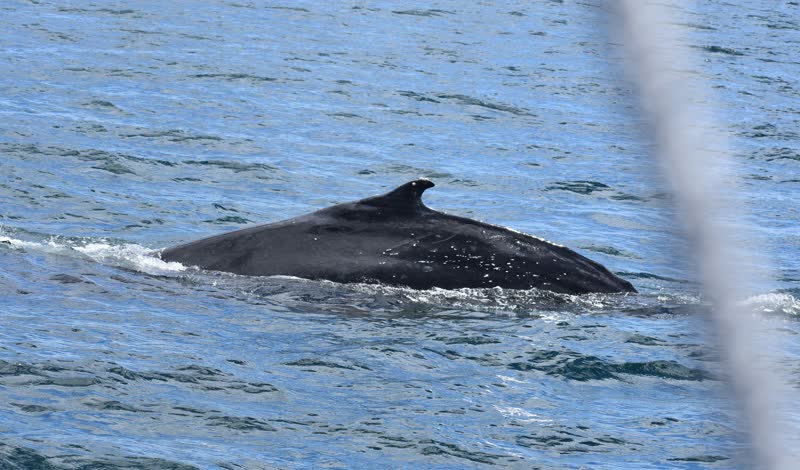 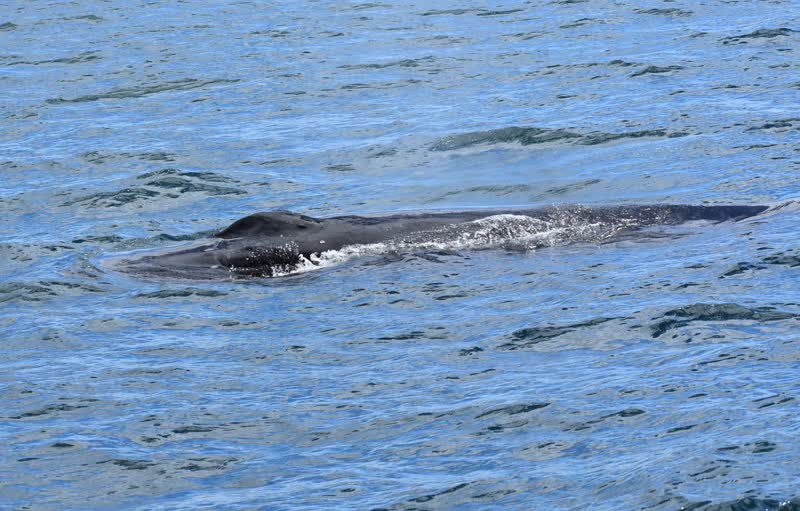 Then the westerly started to fill in and we got a few hours of sailing in, including deploying the whisker pole for some wing-on-wing action.  We achieved the goal Kim always inquires after when sailing which is to be sailing faster than we can motor.  This was the type of sailing I was hoping to experience in the strait.  Just as we were thinking of putting the pole away to head up and in to Sooke the wind came up to about 25 knots which made putting the pole away a bit of a challenge.  We had the foresight to run jacklines and were clipped in to our harnesses for this task. 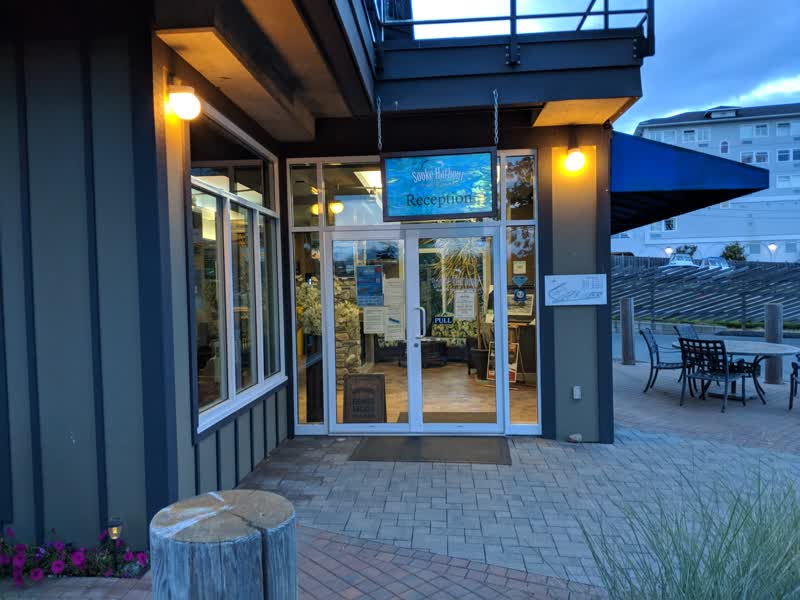 I wanted a shower and called ahead to the Sooke Harbor Resort and Marina which did have a spot for us this time.  Moorage was $40 more than the government docks, but it came with unmetered showers and power included and was still less than we paid at Victoria.  They cater to the fishing crowd like most places in Barkley, with only a handful of spots for boats from 35 – 40 feet.  We had to squeeze into an open 40 foot spot on the linear dock, with about 15 knots of wind conspiring against us.  Luckily there was a strapping young man from the resort ready to take a line and help us get secured to the dock.  It was a decent spot and the shower was great, but other details such as the lack of any TP or paper towels in the washroom showed that visiting cruising boaters are not really the priority.  And it was a 15 minute walk to Buffy’s Pub for dinner as opposed to the 3 minute stroll from the government wharf.  We were all pretty exhausted and made it an early night to bed for an equally early 4:00 AM wakeup alarm to get moving again.